Vienna, Austria – Since it was announced in early December 2019 that CDSS UB received the Zero Project Award 2020, CDSS representatives have been preparing to depart for the event. CDSS UB received Zero Project Award 2020 for its achievements in the field of inclusive education. Since 2012, Universitas Brawijaya has established a Center for the Study of Disability and Services (CDSS) and at the same time opened an entrance for new students with disabilities called SPKPD (Special Acceptance Selection for Persons with Disabilities). This commitment is the mandate of the law and awareness to provide education to all people.

After 8 years of being held and appreciated by many groups, Zero Project as an organisation based in Vienna, Austria, also appreciated this effort. According to the Zero Project on its website, this year they are indeed highlighting the issue of education for people with disabilities. The Zero Project wants to bridge the development of ideas and future projections for inclusive education by giving awards and bringing together PSLD UB representatives with various organisations and institutions that share the same passion and ideals in social inclusion.

Besides receiving awards, Prof. Dr. Ir. Moch. Sasmito Djati MS. also presented SMPD in Panel Education on the first day of a series of activities. “This admission program has been starting in 2012. In the context of Indonesia this is considered as the beginning, and UB is a pioneer in inclusive education in tertiary institutions,” he explained. 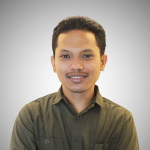